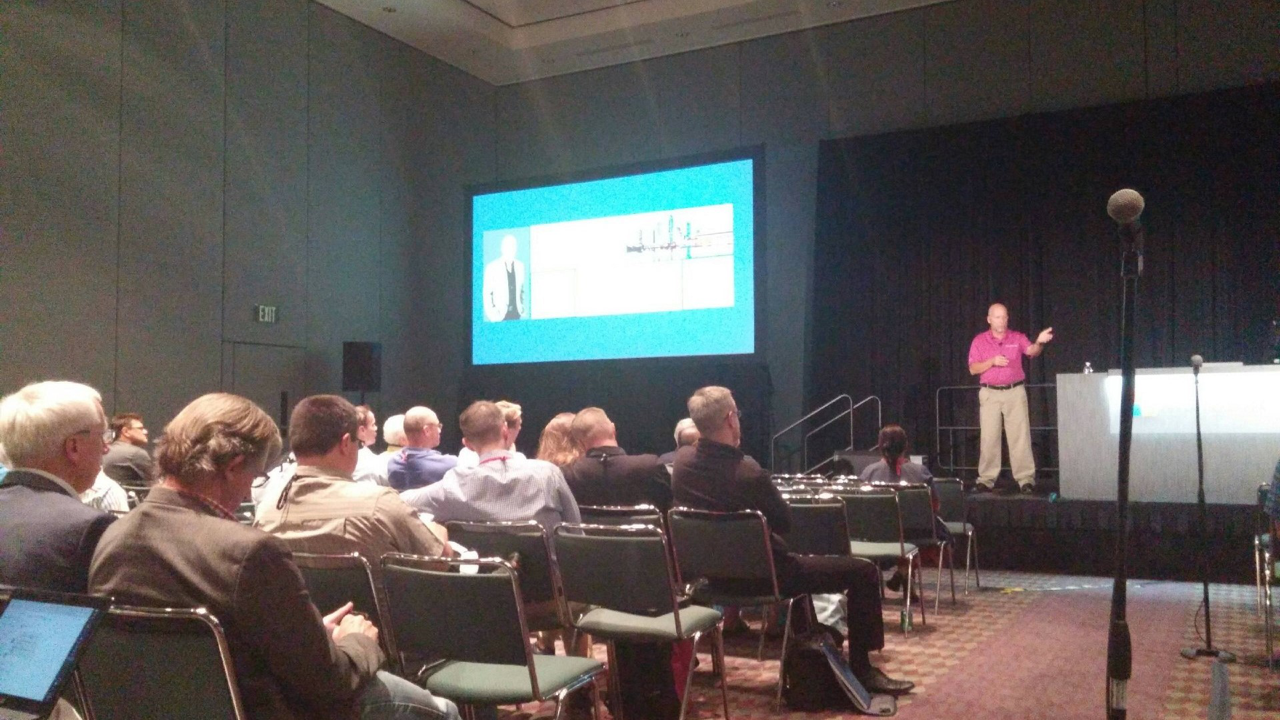 Okay, if you know me, then you know I am vocal, particularly about Microsoft ISV related issues. The program that always has been, and still is, a mess. I decided to try and do more that just squawk about it.

I have been actively engaged in Microsoft’s ISV ecosystem since 2015 when we launched our first ISV Solution “RapidStartCRM” at what was then called WPC (That’s me launching in the photo above). Little did I know what kind of a ride that was putting me on at the time.

Back then it was all about “Who you know”, and sadly, for the most part, that is still true. I grasped this immediately, and set about trying to get to know everyone at Microsoft who could help me succeed. Over the years I built a “black book” of everybody who was anybody at Microsoft in the ISV space and those surrounding it. It worked well for me, and others who understood the secret, but was not a scalable motion for Microsoft. Microsoft set out to beef up their ISV efforts and expand beyond their “friends” network. Unfortunately, they have not done a very good job. Microsoft is also not a fan of being called out publicly, so they have gone to great lengths to control the messaging.

Today, unless you have ISV friends to compare notes with, the only place to get information about their programs is from Microsoft controlled assets. Microsoft tends to make things look rosier than they are. I feel for existing ISVs trying to navigate through the propaganda, but particularly for new ISVs who may assume that Microsoft has their act together on this. You can follow Microsoft’s guidance to the letter and still fail miserably. Having personally stepped in every pothole along the way, I felt I had a unique understanding of the ISV landscape and began offering consulting to other ISVs, but again, that was not a scalable motion.

So here we are, and here you are, reading this post on this site I created, my attempt to solve this challenge for all ISVs, including myself. So what am I hoping for here? There are no books on how to become a successful Microsoft ISV, it’s mostly tribal knowledge. As an ISV myself, there are two things I want to know: what works, and just as importantly, what does not work. I wanted to create a place to share this tribal knowledge more broadly, and expand on it greatly. Not just my knowledge, but your knowledge, and that of your fellow ISV peers.

Microsoft ISVs may be a niche, but there are still quite a few of us, and I think we can help each other here in ways Microsoft can’t. Together we can become a collective voice for change.

So as I was designing this site in my head, I was trying to think of the things I would want as an ISV, you will have let me know how I did. My first thought was that it should be a private place, strictly limited to ISVs. No Microsofties or customers looking over our shoulders and reading our conversations. Also, no vendors trying to sell us stuff. Obviously the site needed a Forum for conversations and idea sharing. I will be adding more content over time as members request it.

So what does Microsoft think of this site? Well as of this writing, they are unaware of it. But I don’t expect that to last very long. My expectation is that they won’t be thrilled with the idea of us all comparing notes, particularly when they are not participating in the ongoing conversations here. But I also think that if they want ISVs to succeed, they need to give us our space, and then respond to our collective feedback. I am not talking about a revolt, but collectively, our voice should be heard. So, I am writing this pre-launch. I have no idea how this is going to go. I am open to any and all suggestions at steve@isvconnected.com.

This site uses Akismet to reduce spam. Learn how your comment data is processed.